Although it is documented that the default binary distributions of MySQL/MariaDB/Percona all seem to be compiled with allow local infile enabled, the warning is misleading:

While this is true, what is not stated is that the malicious server can reply with a request to load data to any query, not just by manipulating a legitimate LOAD DATA LOCAL INFILE request from the Client. A simple example of such an attack can be done using MaxScale as an evil proxy with the following configuration:

This will replace any incoming query with a LOAD DATA query that will be sent to the backend. Upon receiving this query the backend sends the LOCAL_INFILE_REQUEST packet which will be processed by the client.

Note that no interaction is necessary. The mysql-cli client executes some queries behind the scenes that end up triggering our malicious payload and allows us to steal /etc/passwd before the target has done anything other than connect.

The evil server can now read any file with the permissions of the client process permissions. If targeting a system administrator, this may include stealing bash histories or SSH private keys. You can also learn more information about your target by grabbing /proc/self/environ.

Other vulnerable clients include:

Why is this news if it's documented behavior?

All tests were done on:

Only default configurations were used, there were no modifications to the configuration files on the target servers. 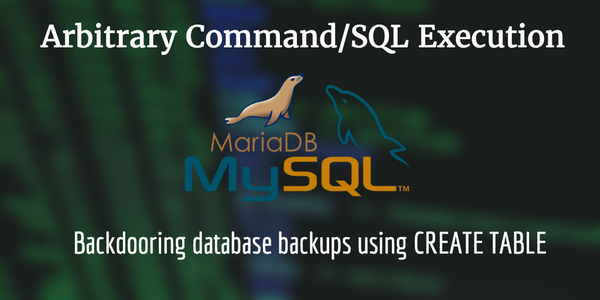 mysqldump is a common utility used to create logical backups of MySQL databases. By default, it generates a .sql file containing the queries to create/drop tables and insert your 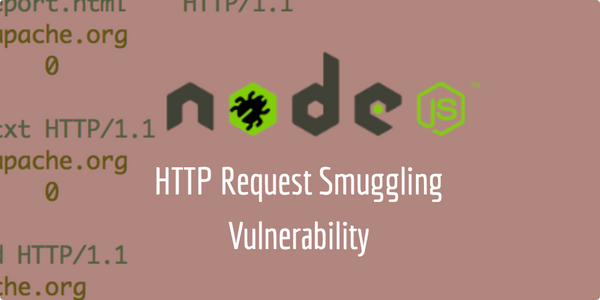 The Node HTTP Client checks for invalid characters such as new lines that can be used to perform HTTP Smuggling attacks, however, the rules for the path option are quite